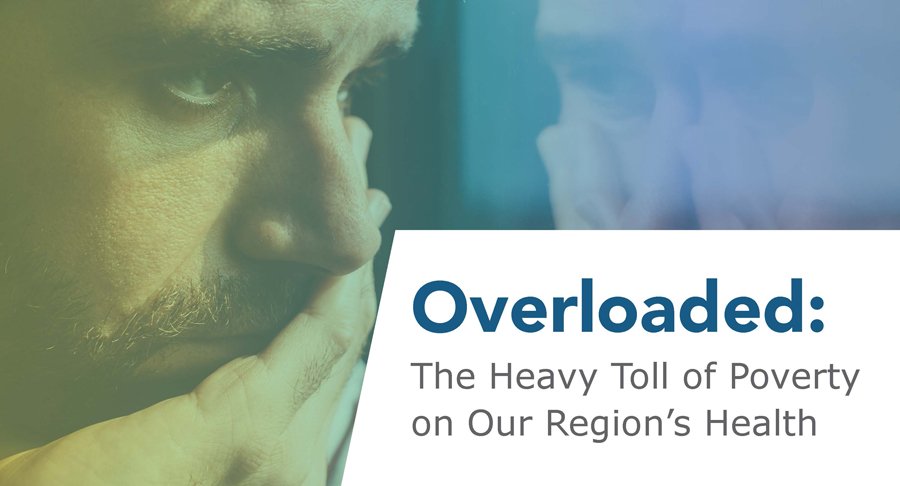 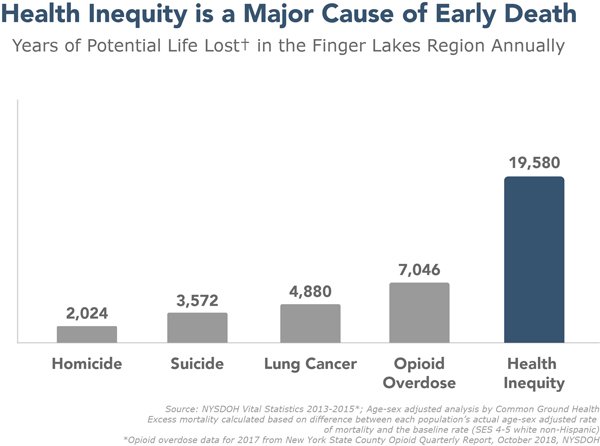 Overloaded: The Heavy Toll of Poverty on Our Region’s Health aims to close that gap. The report connects the dots between life lived on the financial edge and appalling health inequities – unfair and avoidable sickness and death linked to income, race and other factors. It weaves together health data, personal stories and analysis of more than 6,800 responses to Common Ground’s My Health Story survey conducted in 2018.

The research shows that the conditions and stresses of poverty compromise the physical and emotional wellbeing of residents every day, from exposure to mold, lead and other toxins common in substandard housing to the psychological strain of trying to make ends meet. The study found that by nearly every metric, residents of the Finger Lakes with scarce financial resources experience alarmingly worse health outcomes. 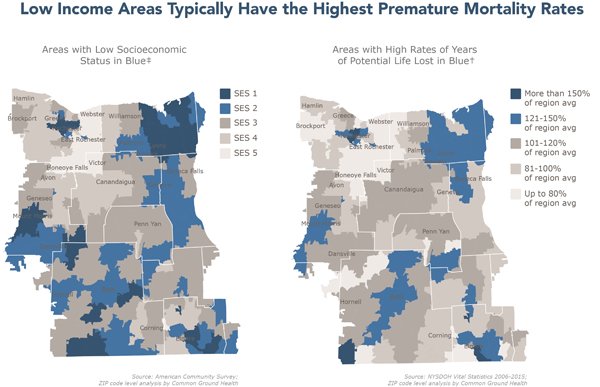 The report’s findings include:

“Poverty is a public health issue that knows no geographic boundaries,” said Diane Devlin, public health director for Wayne County, noting that roughly equal number of people in poverty are living in our region’s rural, suburban and urban communities. “No matter where they live, cash strapped residents have a hard time affording transportation, safe housing and nutritious foods, which are fundamental to health,” she said. 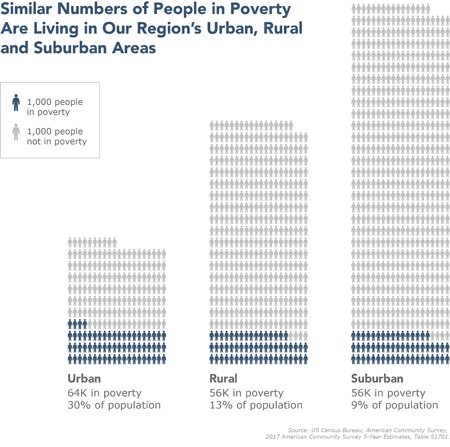 “Health and wealth are tightly intertwined,” said Leonard Brock, executive director of the Rochester-Monroe Anti-Poverty Initiative. “As much as poverty puts folks at higher risk for diabetes, hypertension, asthma and other chronic illnesses, poor health also compromises a person’s ability to earn a living wage. It’s an unfair cycle that traps individuals,” he said.

The report concludes that investing in interventions to address the root causes of health inequities is imperative. In addition, it notes that the region has a proud history of public health success and an unusually strong tradition of collaboration across the health care ecosystem.

Building on this legacy, and with its new report guiding the discussion, Common Ground calls for collaboration across geographies, sectors, backgrounds and perspectives to challenge the tangle of structural inequities that currently lead to poor health.