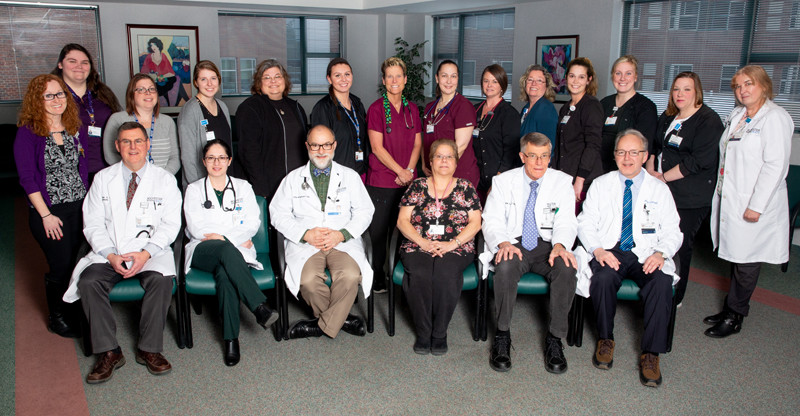 More than 40% of patients at Bay Creek Medical Group in Webster are over age 65, the age at which half the U.S. population is hypertensive.

Even so, the practice has been able to maintain an impressive blood pressure control rate that fluctuates between 80% and 82%—reducing chances of major health conditions including heart attack, stroke, and kidney failure.

“Bay Creek has been an exemplary practice for years. They are in the top 25 percent of most measures for which we track results,” says Dr. Howard Beckman, a consultant with Common Ground Health, whose work with the High Blood Pressure Collaborative spotlights disparities in outcomes across the nine-county Finger Lakes region. “The practice is known for conscientious practitioners and an active, talented staff.”

Bay Creek began stepping up efforts to control blood pressure in 2013. That was when the practice adopted the Patient-Centered Medical Home (PCMH) model of care, which uses a culturally appropriate, patient-centered, team-based approach to high-quality, cost-effective services.

The new initiative was impactful. That first year, the control rate soared from 70% to 78%. It continued to grow steadily until about three years ago, and has remained relatively stable since.

According to Dr. John Huselton, there is no obvious reason for the leveling off. One patient may become more consistent with diet and exercise, resulting in a significantly lower blood pressure rate, just as another stops taking regular readings at home, unaware that blood pressure numbers are creeping up.

“It's like Whac-A-Mole,” he says. “You get one situation under control, and another one pops up.”

Despite the challenges, practitioners at Bay Creek believe that a control rate of 90% is attainable.

Dr. Huselton says further progress can be achieved by “slowing down and continuing to educate.”

One switch-up in routine already has been identified as helping to document lower and more accurate readings. Nurses wait until later in appointments to take blood pressures, giving patients more time to relax and helping to avoid “white-coat syndrome”—artificially high readings simply because of the environment.

The early part of an appointment is also a good time for nurses to explain to patients why taking medicine is important, as well as engage in meaningful conversations.

“We make sure nurses know they are an important and necessary part of the team,” says Dr. Michael Myers, adding that practitioners, nurses, and secretaries all attend monthly meetings to ensure everyone is on the same page.

This type of personalized care inspires patients to follow through with recommended treatment and blood pressure checks—two things that are increasingly important as Bay Creek’s patient population continues to age.

“We’re graying together,” says Dr. Myers, who started practicing medicine in 1979. Dr. Huselton joined the medical field in 1984. Their consistent presence at the practice fosters a certain level of trust and respect between patient and provider.

Blood pressure measurements get taken a second time toward the end of an appointment, so physicians have both readings to use in their conversations with patients.

Not only do nurses note when blood pressure rates are out of range, the practice’s computer system displays elevated readings in red, rather than black, to stand out from other information on the screen.

The trial demonstrated that intensive lowering of systolic blood pressure to 120 millimeters of mercury or less—versus routine management to 140 —reduced risk for cardiovascular disease and other causes of death.

That’s why Bay Creek stays so acutely focused on this one aspect of a patient's visit. And why, given the ebb and flow of patient compliance, the work will continue.