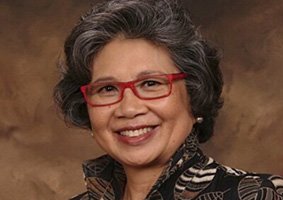 EVENT: Jennie Chin Hansen, former president of AARP and former CEO of the American Geriatrics Society, will speak on “Who and How Will We Care? Meeting Needs of an Aging Population.”

WHO: Named one of 50 top influencers in aging in 2015 by PBS’s Next Avenue, Jennie Chin Hansen served for nearly 25 years at On Lok Inc., where she helped pioneer a model of integrated and comprehensive services for seniors in San Francisco. Her approach was so successful that it became the prototype for the Program of All Inclusive Care for the Elderly (PACE), a Medicare and Medicaid program that operates in more than 30 states.

The former president of AARP and former CEO of the American Geriatrics Society was honored with an American Society on the Aging Hall Fame Award in 2015. She is a member of the National Advisory Council on Aging, a board member of the Institute for Health Care Improvement and a member of the national Veteran’s Health Administration Advisory Committee on Gerontology and Geriatrics, in addition to serving on numerous other boards. In 2011, Chin Hansen concluded a six-year term as a federal commissioner of the Medicare Payment Advisory Commission.

WHAT: Chin Hansen’s talk is part of the ongoing work of the Regional Consortium on Health Care Workforce, a regional planning group addressing workforce issues, including the growing demand for mental health and home care providers. The Consortium will identify new roles for health care workers and recommend key elements for training and educational programs.

SPONSORS: The talk is cosponsored by Finger Lakes Health Systems Agency and Finger Lakes Regional Economic Development Council, which are co-convening the Consortium.

OPEN TO THE PUBLIC: This event is free and open to the public. For more information and to RSVP, contact Amy Kotlarz at amykotlarz@flhsa.org or 585-224-3121. Registration can also be completed online at http://bit.ly/ChinHansen.