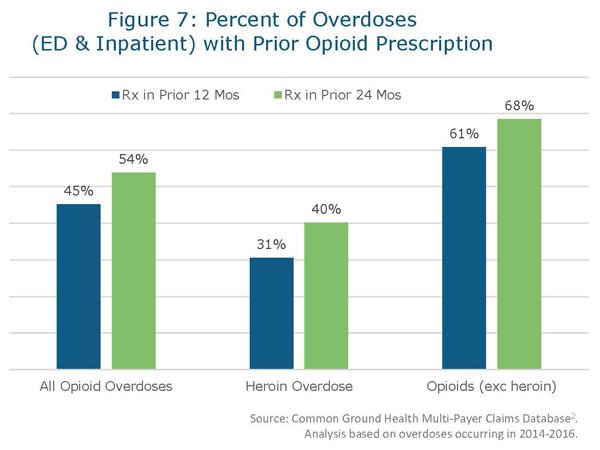 For years, patients struggling with opioid abuse have reported that their dependence on the powerful painkillers began with a prescription from their doctor. Now a new study shows just how pervasive this pathway to addiction is in the Finger Lakes region.

“As opioid deaths and overdoses continue to devastate many in our region, it is critical that we better understand how individuals are becoming dependent,” said Albert Blankley, director of research and analytics for Common Ground Health. “These data show that for some individuals, prescription medications may contribute to or trigger the problem.”

Based on data from hospital admissions and emergency department visits, the analysis found that deaths from opioids spiked alarmingly in 2016, as did heroin overdoses. Opioid related mortality rose 46 percent in 2016 over the prior year, with 168 people dying from the narcotics. Heroin overdoses more than doubled from 2015 to 2016, with 613 overdoses across the region.

These statistics alone, however, understate the magnitude of the opioid crisis in the nine-county Finger Lakes region, the report noted. From 2005 to 2016, hospital visits related to opioid dependency or abuse increased 432 percent.

The issue brief also reported that:

·         African Americans had significantly lower rates of opioid related ED visits than Whites or Hispanics, although all demographic groups experienced huge increases since 2010.

·         Opioid addiction crosses all ages. Pain medication overdose in 2016 was highest among those 50 and older, while heroin overdose was most prevalent among 15- to 29-year olds in our region.

·         Addiction is both rural and urban. The rate of opioid driven ED visits has grown in every county in the region, with the highest rates seen in Yates and Chemung.

To stem the epidemic, doctors are beginning to curb the amount of narcotics they prescribe, and local organizations are developing new approaches to the public health crisis. For example, the Open Access Clinic at 1350 University Ave., Rochester, now helps drug users access the care they need. Launched in September, the clinic offers addiction treatment referrals without an appointment and is open 4 to 10 p.m. weekdays and 9 a.m. to 10 p.m. weekends. Call 585-627-1777 for details.

The Chronicle Express Opioids in Yates County: The struggle continues