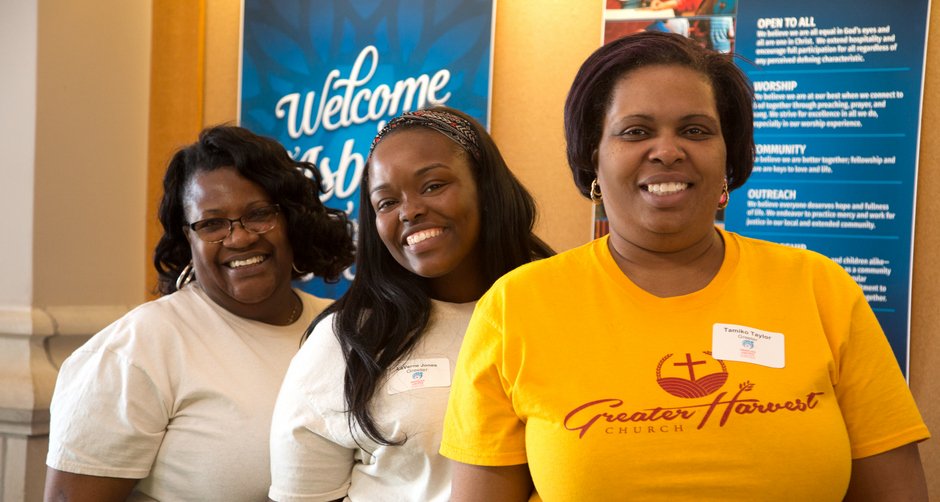 When Bishop Jeffrey Melvin doesn’t monitor what he eats, he winds up sitting on the couch watching football while snacking on a bag—the large size—of potato chips. Or he reaches for the skin his wife pulls off her piece of fried chicken at dinner.

But when the Rochester pastor pays attention to his diet, he often swaps hydrogenated oils and extra calories for applesauce, fruit salad or carrots.

Melvin has been paying attention more frequently over the past year, since joining the Healthy Blood Pressure through Faith and Lifestyle Project at his church, Power House Kingdom Cathedral Church of God in Christ. The faith-based initiative helps congregants like Melvin who have high blood pressure. The program’s mindful approach to eating and other tools for health living are helping the African American pastor make critical lifestyle changes, ones that not only improve his hypertension but also lower his risk for diabetes.

“The challenges come when I’m stressed and busy at the same time,” says Melvin, on call 24 hours a day for work, including a weekly pastoral job in Buffalo. “But I’m learning to be more consistent with my lifestyle. I’m ever the teacher, ever the student—and I’m competitive, so I don’t want to fail.”

According to the Centers for Disease Control and Prevention, almost one in two African Americans has high blood pressure—40 percent higher than the rate for whites. That stark disparity helps to explain why, in the nine-county Finger Lakes region, African Americans die earlier from heart disease than whites and why heart disease is the #1 cause of premature mortality for blacks. 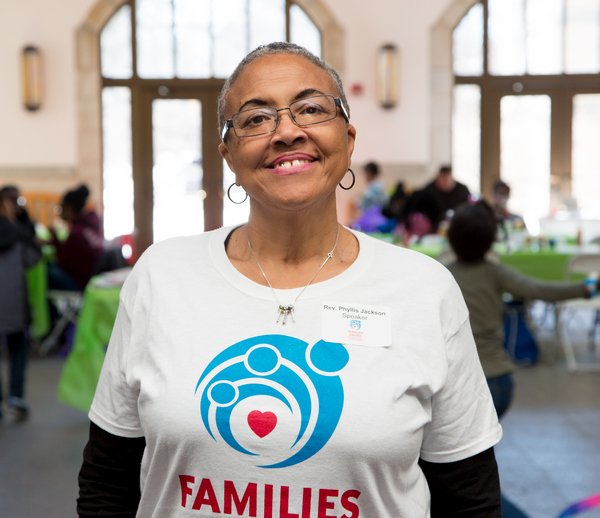 "If we can embed in the faith community the concept of health as a spiritual matter, that concept will be sustainable, and it will expand," says registered nurse and minister Phyllis Jackson who leads the program.

As a registered nurse and minister, program lead Phyllis Jackson realized local urban churches would be an ideal place to change these disturbing statistics.

“I figured, if we want to change disparities, why not begin where we have a captive audience?” recalls Jackson. “The faith community is an untapped resource for education and training and screening. If we can embed in the faith community the concept of health as a spiritual matter, that concept will be sustainable, and it will expand.”

The number of churches involved in the Healthy Blood Pressure through Faith and Lifestyle Project has surged from five to 12 since launching three years ago. Managed by Common Ground Health, where Jackson serves as the community wellness project manager, the innovative intervention is funded through the High Blood Pressure Collaborative, a business-led health initiative in Monroe and eight other Finger Lakes counties.

The project has led to undeniable success. According to the latest readings in spring of 2018, the program showed a dramatic 63 percent drop in the rate of participants with blood pressure of 160/100 or greater. Such elevated blood pressure puts individuals at increased risk of suffering a devastating cardiovascular event. 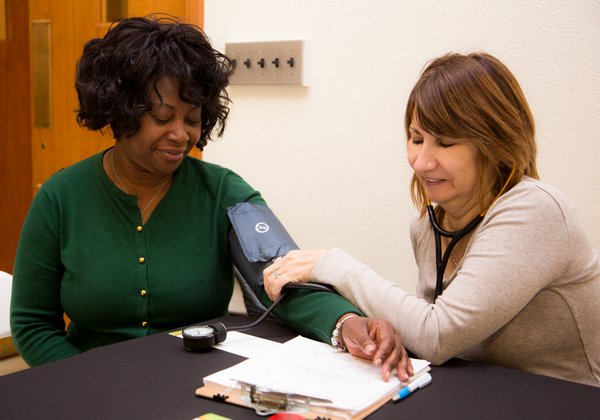 The project has led to undeniable success. According to the latest readings in spring of 2018, the program showed a dramatic 63 percent drop in the rate of participants with blood pressure of 160/100 or greater over nine months.

Each church has a coordinator affiliated with the project, and Tina Cook has been one for her congregation, True Light Church of God in Christ, since the project’s inception.

Cook regularly sends inspirational group texts encouraging participants to make healthy choices by tracking their steps, for instance, or exercising in 10-minute intervals throughout the day. She also leads health ministry meetings at her church, attends quarterly meetings with other coordinators, organizes and sometimes teaches classes on healthy living, collaborates with other churches to bring in speakers on health-related topics, and enters blood pressure data into Common Ground Health’s tracking system.

Being on both sides of the project helps her understand the importance of showing empathy while offering support. Cook makes that point by describing one woman who clips out all kinds of coupons—even those for fast-food restaurants she is trying to avoid.

“I could say, ‘Oh girl, please, leave that stuff alone.’ But this is a real struggle for her,” she says. “You don’t want to turn people away, so you have to be able to have an ear to hear from the Lord to minister to people where they’re at. Sometimes you don’t have to respond at all. Sometimes people just want to talk.”

Envisioned as a catalyst, the blood pressure project supports churches until their health ministry becomes part of the fabric of the congregation, well-developed enough to run on its own. After graduating, congregations continue to support each other through the Interdenominational Health Ministry Coalition (IHMC).

Founded in 2012 and run mostly by volunteers, IHMC is active in 25 community-based organizations, the majority of them churches. Its official motto, “Health Is a Spiritual Matter,” is inspired by scripture:

Beloved, I wish above all things that thou may prosper and be in health, even as thy soul prospers. —3 John 2 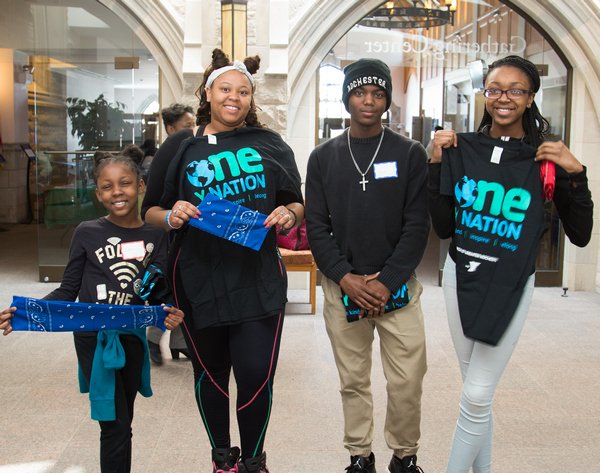 Participating churches hosted Families United in Commitment to Good Health, a five hour program that included workshops for teenagers about communicating and goal setting and for adults on mental health and autoimmune disease.

The coalition offers tools and resources, seminars, stipends, conferences and connections to organizations that emphasize the alignment of mind, body and spirit. Every health ministry gathering starts with a prayer and scripture reading before the work begins to help shift mindsets toward healthier habits.

While now focused primarily on churches in the inner city—in African American and immigrant communities—Jackson hopes that every faith community in the region will eventually start their own health ministry.

Lutheran Church of the Reformation on Chestnut Street is in talks now about formalizing one, according to Pam Brady, a member there who hopes the ministry will evolve around the church’s twice-weekly yoga classes, which are open to the community and have been growing.

“Whatever faith you’re aligned with, to serve that faith you need to keep your body in good shape,” says Brady.

She says the IMHC “has been a blessing” to her in her career teaching undergraduate nursing students at the University of Rochester. The coalition has allowed her students to be involved in several health ministries, providing interactions with residents in the community and not just in a hospital setting.

For Jackson, these are exactly the kinds of connections she hoped would develop when she founded IHMC.

“Starting this coalition was just a part of walking out my purpose,” Jackson says, “and helping other people walk out their purpose.”