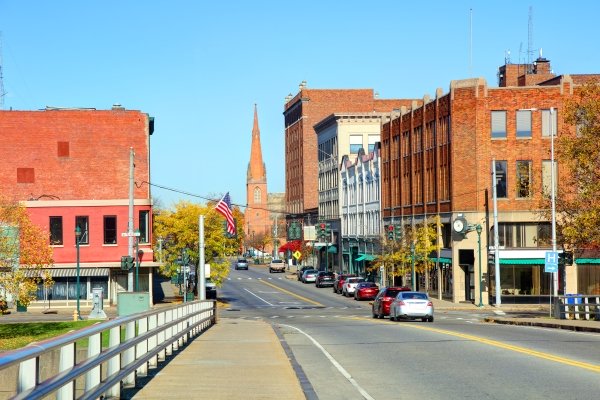 More than 90 percent of housing in Elmira was built before 1950, and some of these aging dwellings present a high risk of exposure to lead, mold and other environmental toxins linked to asthma and Chronic Obstructive Pulmonary Disease (COPD).

That’s according to a new study of health and housing in low-income neighborhoods in Elmira’s 14901 ZIP code.

Prepared by the health research organization Common Ground Health, the Rapid Health Impact Assessment found that the highest number of emergency-room visits for respiratory illnesses occurred in neighborhoods with profound levels of poverty.

The study supports the work of the Central Southern Tier Health Alliance and includes a series of recommendations, several of which are already moving forward.

While smoking is the main risk factor for COPD, studies also indicate that as many as 25% of people with COPD have never smoked but have developed the disease through long-term exposure to poor air quality and other lung irritants such as chemical fumes or dusts.

Health Impact Assessments are a relatively new planning tool, informed by national best practices that aim to impact decisions before they’re made—presenting the best qualitative and quantitative evidence available to stakeholders from a broad range of backgrounds and perspectives.

The HIA process, which involved community input, a cross-sector steering committee, and extensive data gathering and research, was an outgrowth of the work of the Central Southern Tier Health Alliance, which brings together top executives from health care, public health, business, government and higher education.

The report recommends that more organizations partner together to increase quality of life for residents, improve housing conditions and the availability of stable and affordable housing, and address health disparities.

“We can’t make changes alone,” Buzzetti said. “This report supports the idea that we can make those changes with more people at the table.”

To improve health outcomes linked to poor housing, the HIA includes a series of recommendations. Recommendations already moving forward include the Chemung County Department of Health’s partnership with the Empire State Poverty Reduction Initiative (ESPRI) to include lead screening and education in neighborhood hubs.

Among the HIA’s other recommendations:

“For me it’s sort of a spider web,” says Keddell, “how people are coming together and beginning to think about ways to reinforce what one another is doing.”

Adds Buzzetti: “We’re going to continue our conversations and see where they go.”