Lack of access to fruits and vegetables is directly related to higher rates of illnesses in many of our communities. But what if we removed the problem of access as a contributor to these health inequities in our region? Can we use our region’s agricultural abundance to ensure access to healthy food for all residents?

This is the first story in a series that explores these questions. 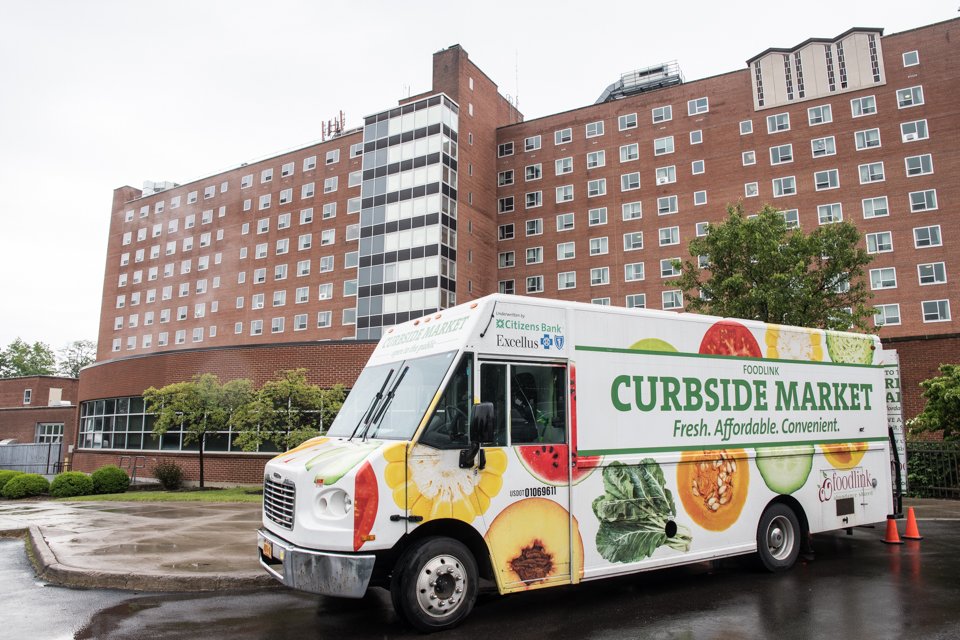 “There are some people who say they wouldn’t be eating healthy if it wasn’t for Curbside," says Matt Laus, a driver for Foodlink's Curbside Market.

In 2013, Foodlink started its mobile market as a way to give people living in communities without traditional grocery stores access to fresh, affordable fruits and vegetables. The program launched in Rochester but soon expanded to suburban and rural communities where the need can be just as great. Curbside now has three trucks serving 85 different locations in six different counties, many of them all year long.

The key to the mobile market’s success is providing access to fresh produce that is not only convenient but reliable as well. Like a brick-and-mortar grocery store, Curbside has set days and times, so customers know exactly when they can shop.

"It's pretty important we be on time each week so that people can trust that we’re going to be there consistently,” says DeLaus.

“Curbside is intentional in its reliability,” say Carrie Hoey, the Curbside Market coordinator. Logistically, this is no small feat given the number of sites the market serves throughout the region year-round. Hoey says this dependability is the result of two essential elements. The first is having a procurement manager who builds solid relationships with farmers and distributors to find and stock the highest quality produce at the best prices week after week. The second element is having staff who are deeply committed to the mission of serving communities lacking regular grocery stores.

“It means we find a way to get there week after week to the very best of our abilities,” says Hoey.

DeLaus loads as much produce as he can, as quickly as he can, from the warehouse into his truck; he’s got three sites scheduled before lunch. He grabs apples, bananas and oranges. Tomatoes, cucumbers and bell peppers. Bags of potatoes and bags of onions. He places fruits and vegetables of all sorts into the top-to-bottom shelves of the truck. He even has spots for items like rutabaga and roots of ginger. And lemons, lots of lemons; DeLaus brings an extra box just to be sure.

This seems a little strange. But sure enough, during all three of those stops in the morning, lemons are in high demand among customers. In fact, lemons were the only item some people purchased. 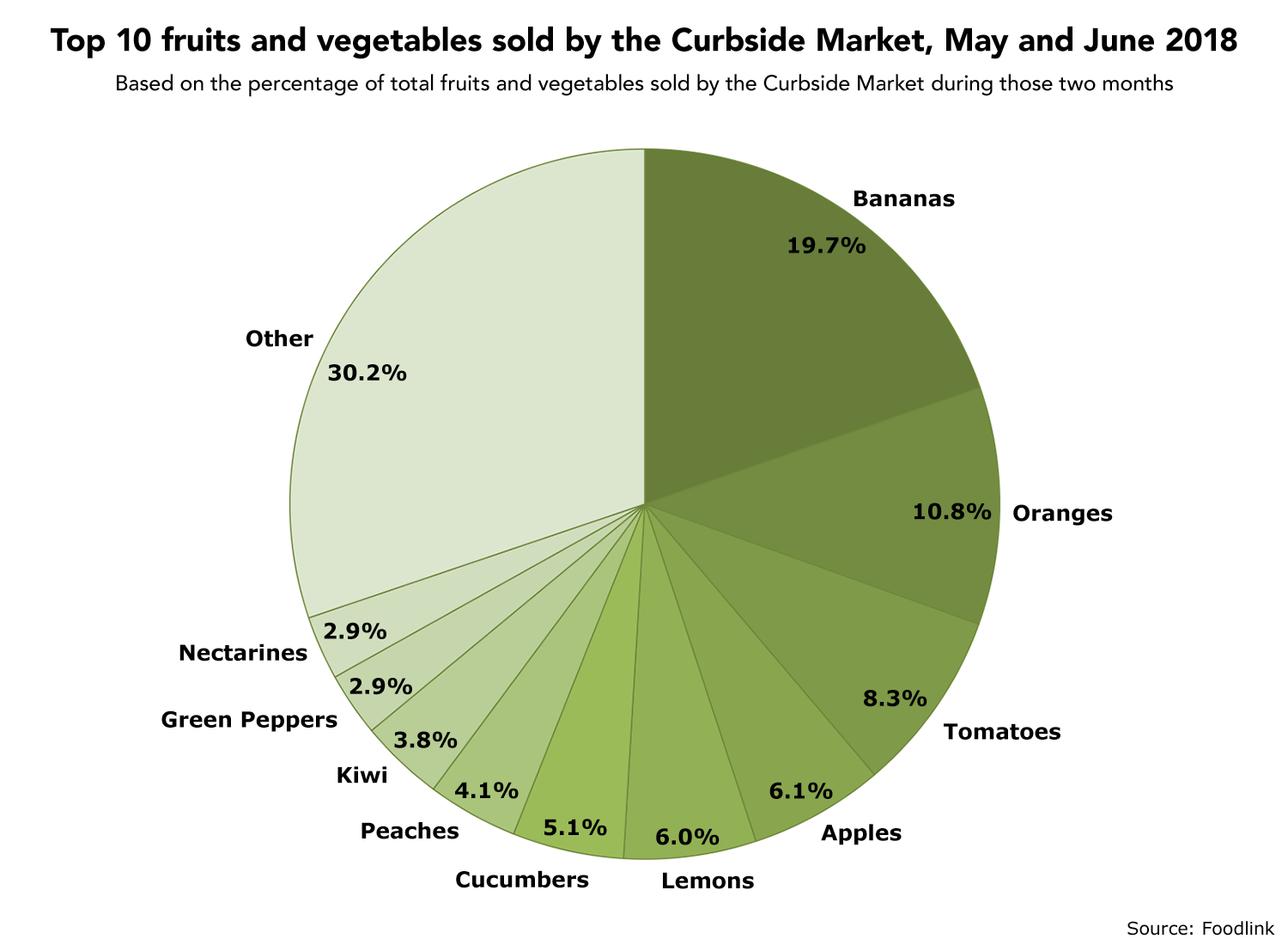 Now compare that list with the ten most widely-grown fruits and vegetables in our nine county region. 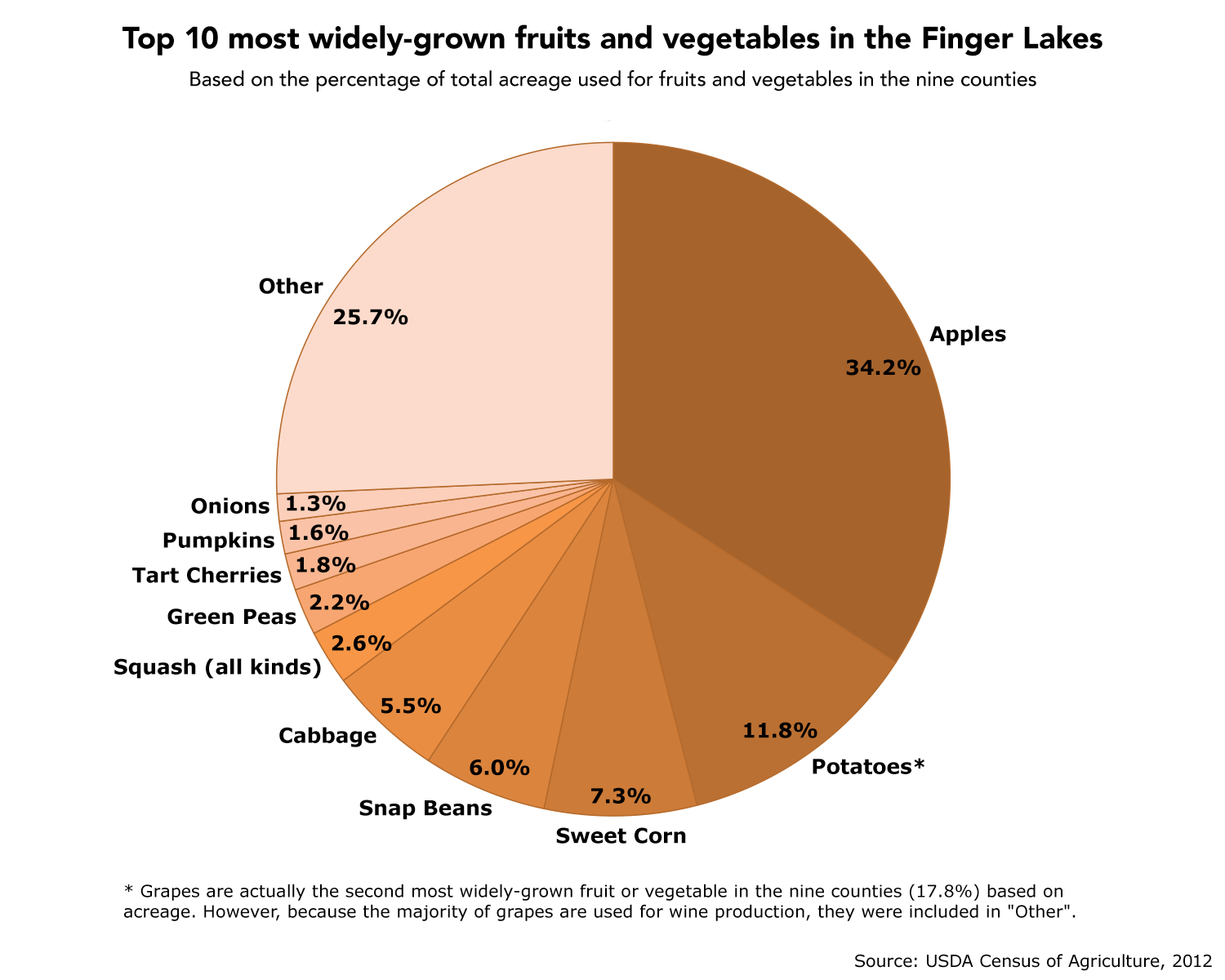 The mismatch between these two lists is striking; apples are the only item they have in common. And some of the most in-demand items at the Curbside Market during the past two months — bananas, oranges and lemons — can’t even be grown in this region.

This raises an interesting question about supply and demand. Farms in the Finger Lakes might currently grow enough apples for every person in every county to eat at least one a day, but what if people aren’t asking for apples? What if they really want bananas (or lemons)?

To be clear, this comparison of supply and demand is a rough one. It's based on two sources of information that are relevant and available, but that also have their own limitations. The Curbside inventory data only reflect the fruit and vegetables choices customers made from the selection available during a narrow slice of time; in later months, as the mobile market's selection includes more produce that can be grown locally and is in season, the trends in demand could look very different.

In terms of the farm production information, any deep discussion of supply requires more than simply comparing crops by the amount of land they cover; apples might very well require more acreage to feed the same number of people as a single acre of green peas. So the point in making this comparison is not to emphasize specific numbers but rather to begin considering some practical questions about this supply and demand relationship: Which fruits and vegetables are the communities we serve most interested in eating? How does this match up with what our farms currently produce? Could regional farms meet the current demand? And would people be willing to eat different fruits and vegetables if they were more readily available regionally instead of their favorites? 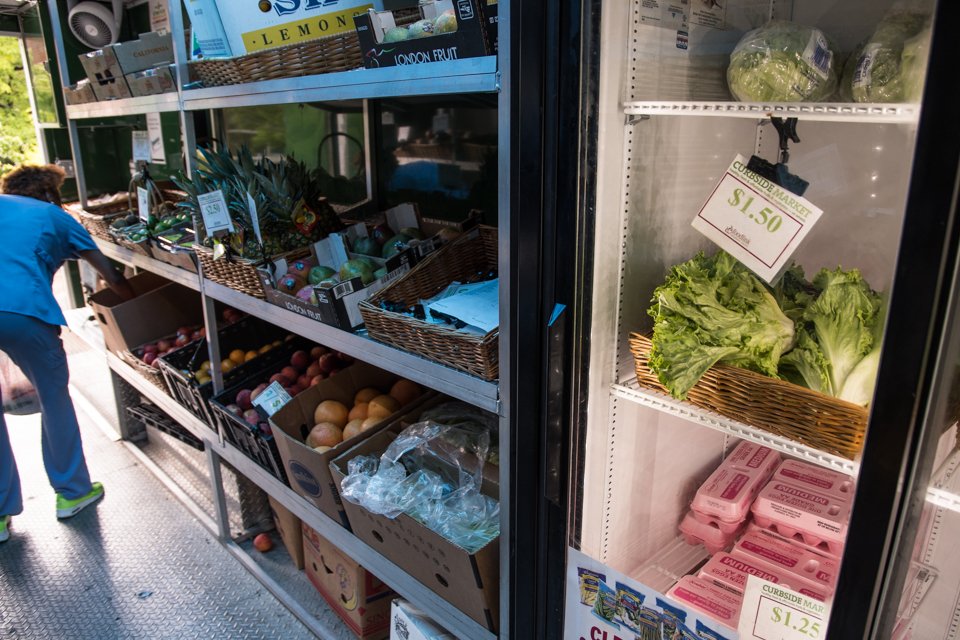 DeLaus says he’s witnessed the power that a little education and a personal recommendation can make. “It was a month and a half ago, somebody had never seen a rutabaga before,” he says. A rutabaga is a root vegetable that’s a great source of potassium, vitamin C and dietary fiber. But what exactly do you do with it? “Another customer told them, ‘You just mash it like a potato and cook it up’. The person bought a rutabaga for the first time.”

But will this same customer continue to buy rutabagas from Curbside, or is this just a one-time event?

DeLaus says, in his experience, people continue to buy the new, unfamiliar produce after they’ve tried it. “And then we swap recipes,” he says. “I know all the good ones. It’s great.”

We’d like to thank Foodlink and the Curbside Market team for all the important work they’re doing in our region, and for all their help with making this story possible.