Focusing on the white population, the rates of premature mortality from the top causes are highly correlated with socioeconomic status. The YPLL rates for heart disease and cancer are 104 percent and 60 percent higher respectively for the SES 1 vs SES 4/5 population. And the rates due to drug overdoses and unintentional injuries are also much higher for SES 1 vs. SES 2/3/4/5. 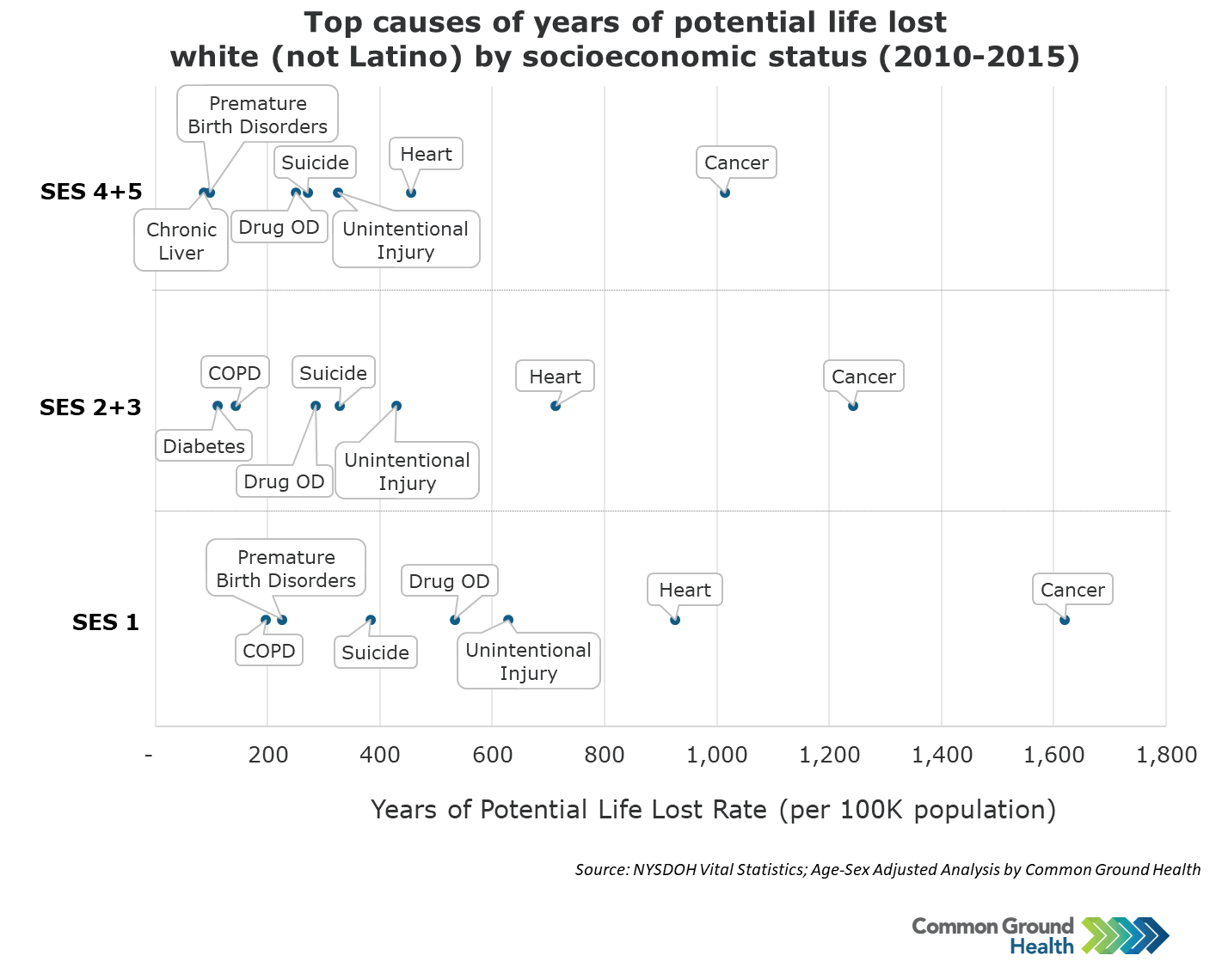 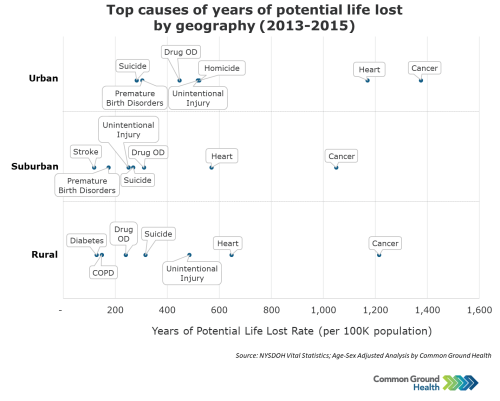 Top Causes of Years of Potential Life Lost by Geography 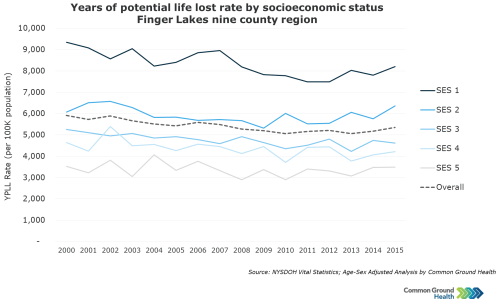 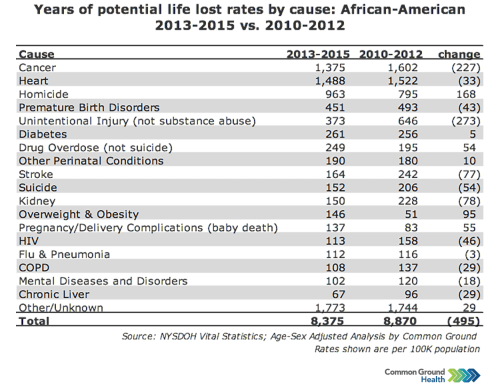 Years of Potential Life Lost Rates vs Cause: African-American
Contact Us