Top Causes of Years of Potential Life Lost to Cancer by Race/Ethnicity, Female

When looking at specific types of cancer, it’s clear that lung cancer not only causes the highest rates of premature mortality but is also the biggest driver of disparity across populations. 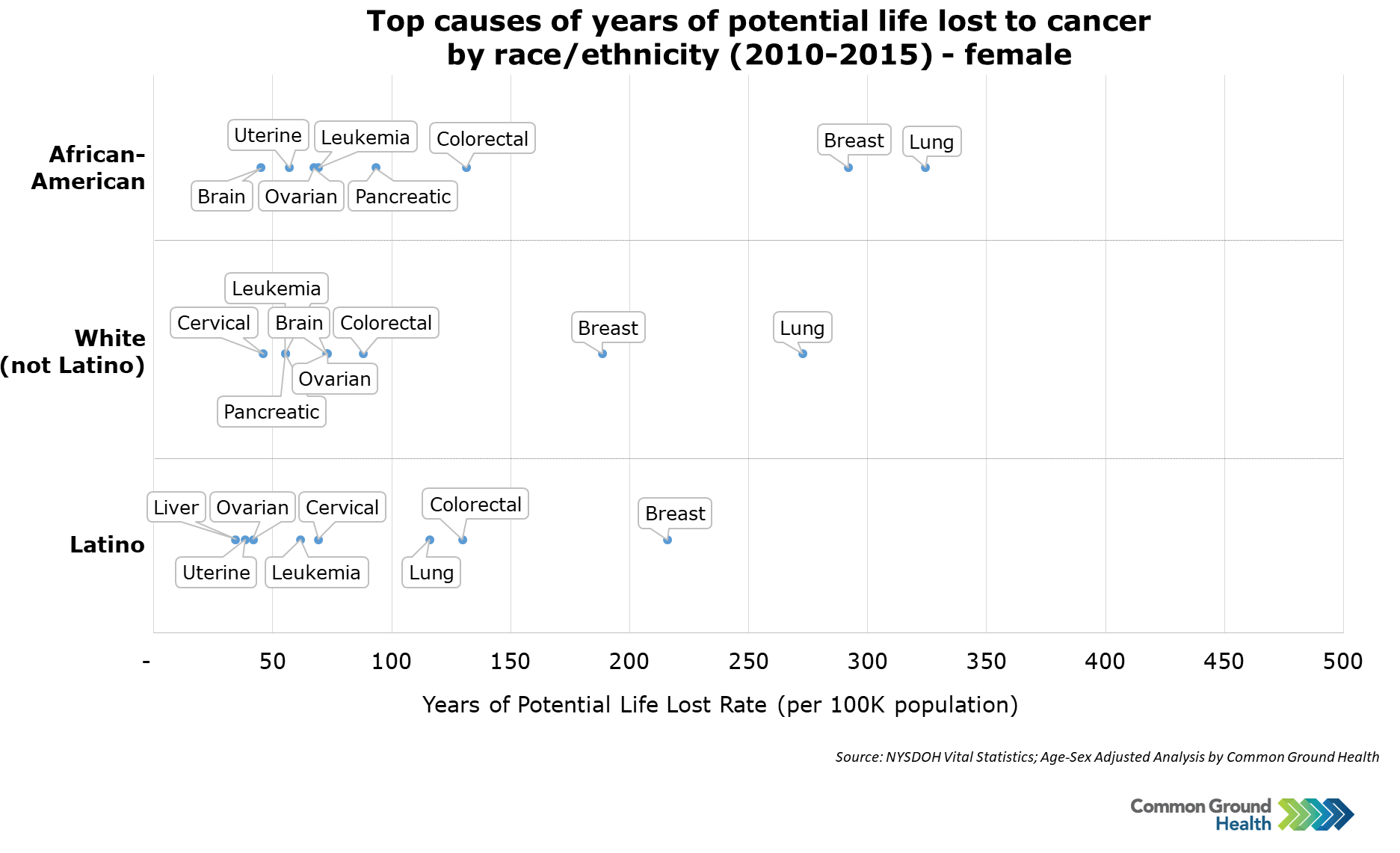 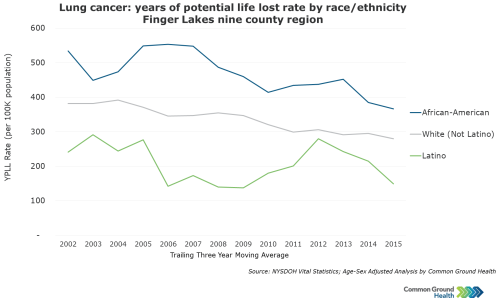 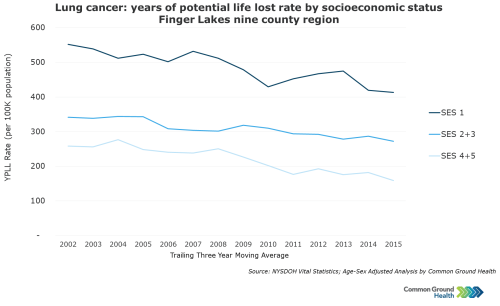 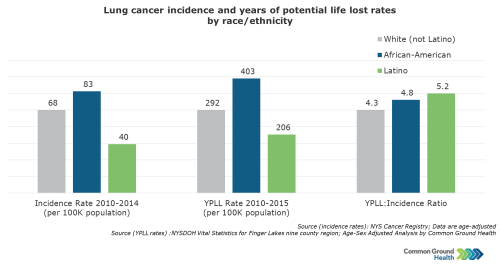