Among Latinos, the same clear pattern of disparity between the lower and higher socioeconomic populations prevails. The YPLL rates for heart disease and cancer are 226 percent and 94 percent higher respectively for the SES 1 vs SES 4/5 population. In addition, drug overdose, homicide and chronic liver disease are top causes of premature mortality for Latinos in SES 1, but not for other socioeconomic segments. 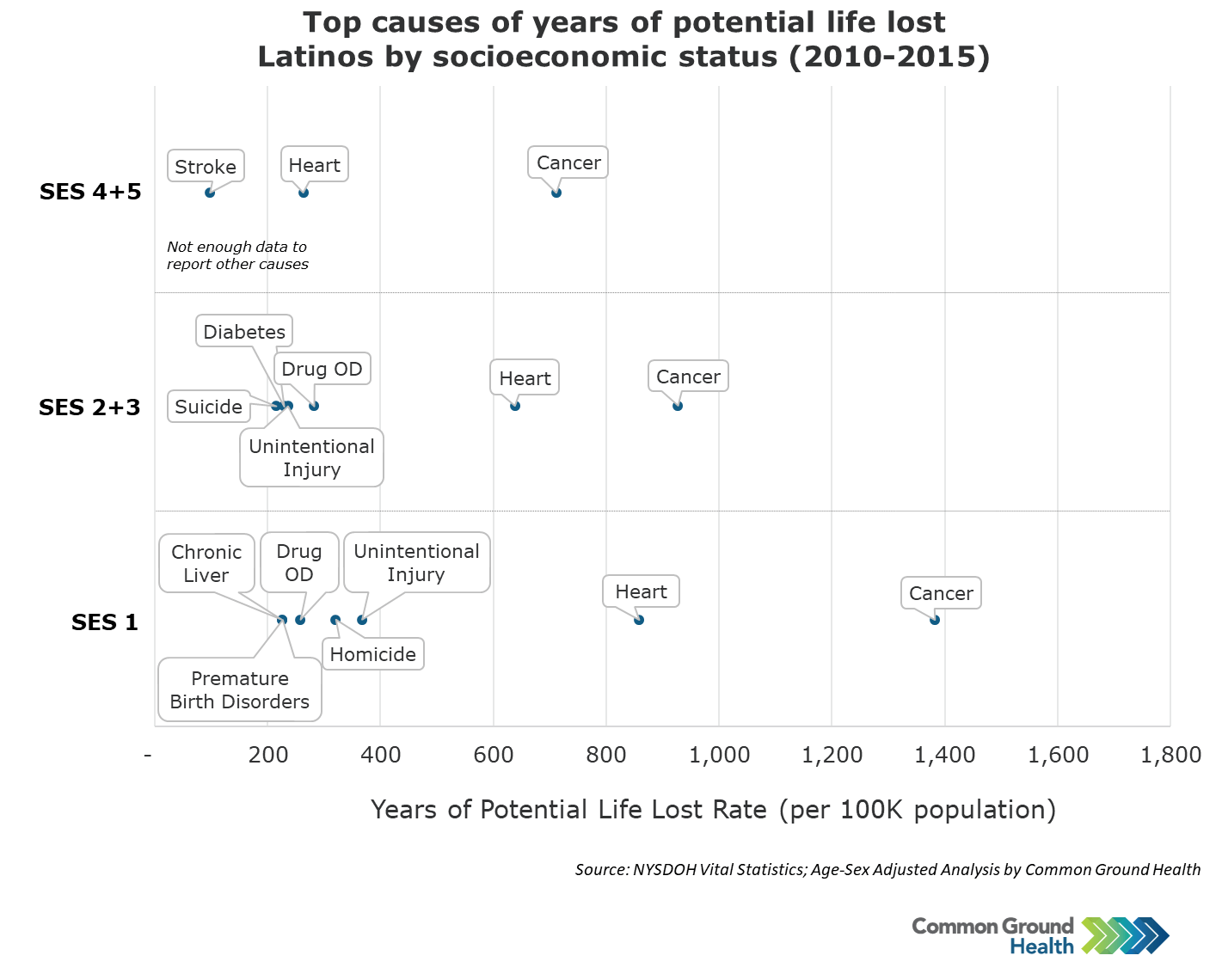 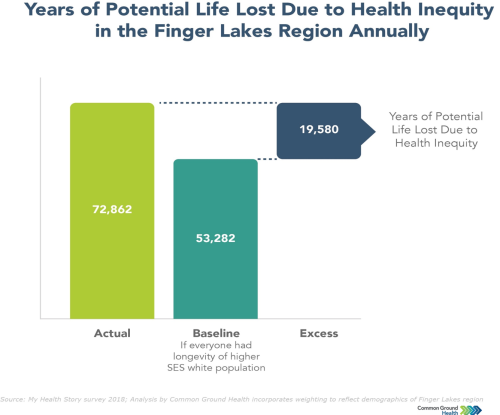 Years of Potential Life Lost Due to Health Inequity 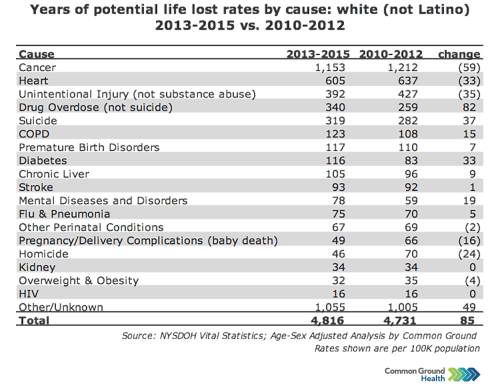 Years of Potential Life Lost Rates vs Cause: White (not Latino) 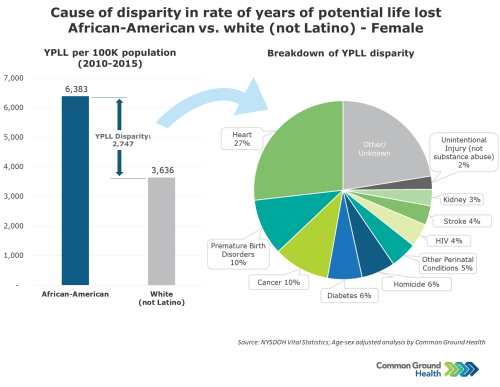 Cause of Disparity in Rate of Years of Potential Life Lost African-American vs White (not Latino), Female
Contact Us