Top Causes of Years of Potential Life Lost by Race/Ethnicity

African-American rates of premature mortality are significantly higher for many of the top causes of death. The largest disparity is in the YPLL rate from heart disease, which is nearly 150 percent higher for African-Americans compared to whites. It is also notable that homicide is the third leading cause for African-Americans, while only a small factor for white and Latino populations. Deaths from premature birth disorders are also a much larger problem for African-Americans than other groups.
There are some exceptions to this pattern. For example, whites have the highest rates of premature mortality from suicide and chronic lower respiratory disease (driven by COPD), and Latinos have the highest rate due to chronic liver disease. 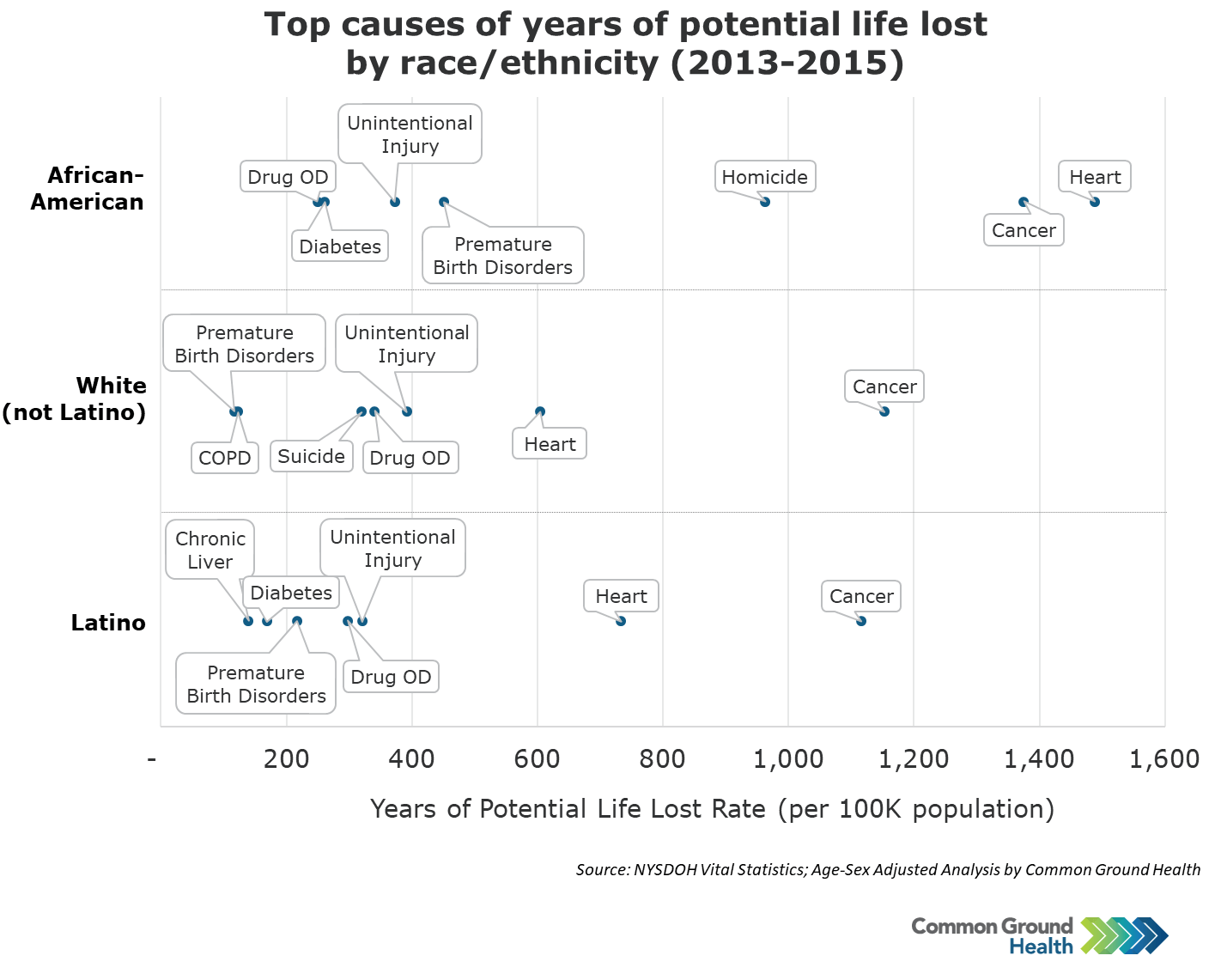 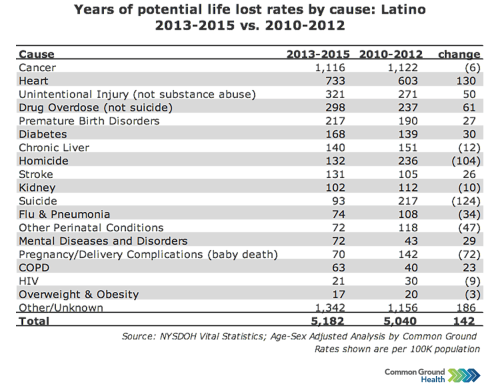 Years of Potential Life Lost Rates vs Cause: Latino 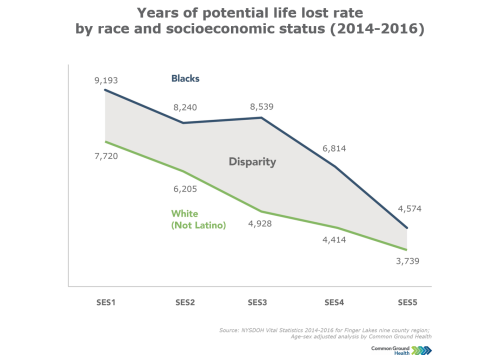 Years of Potential Life Lost by Race and Socioeconomic Status 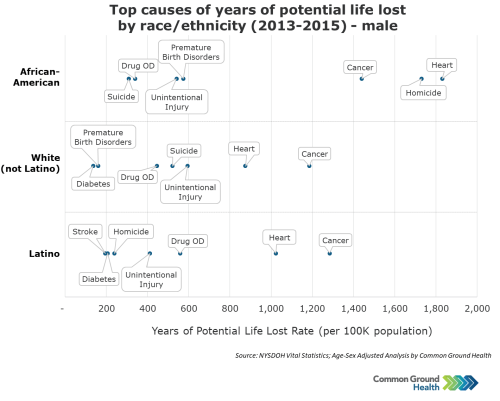