It is important to understand the relationship between racial/ethnic and socioeconomic disparities, which are tightly intertwined. As the chart indicates, while the white (not Latino) population is relatively well distributed across all 5 SES groups, the African-American and Latino populations are highly concentrated in the lowest SES ZIP codes.

The data for this analysis are from the nine Finger Lakes counties of Chemung, Livingston, Monroe, Ontario, Schuyler, Seneca, Steuben, Wayne and Yates. 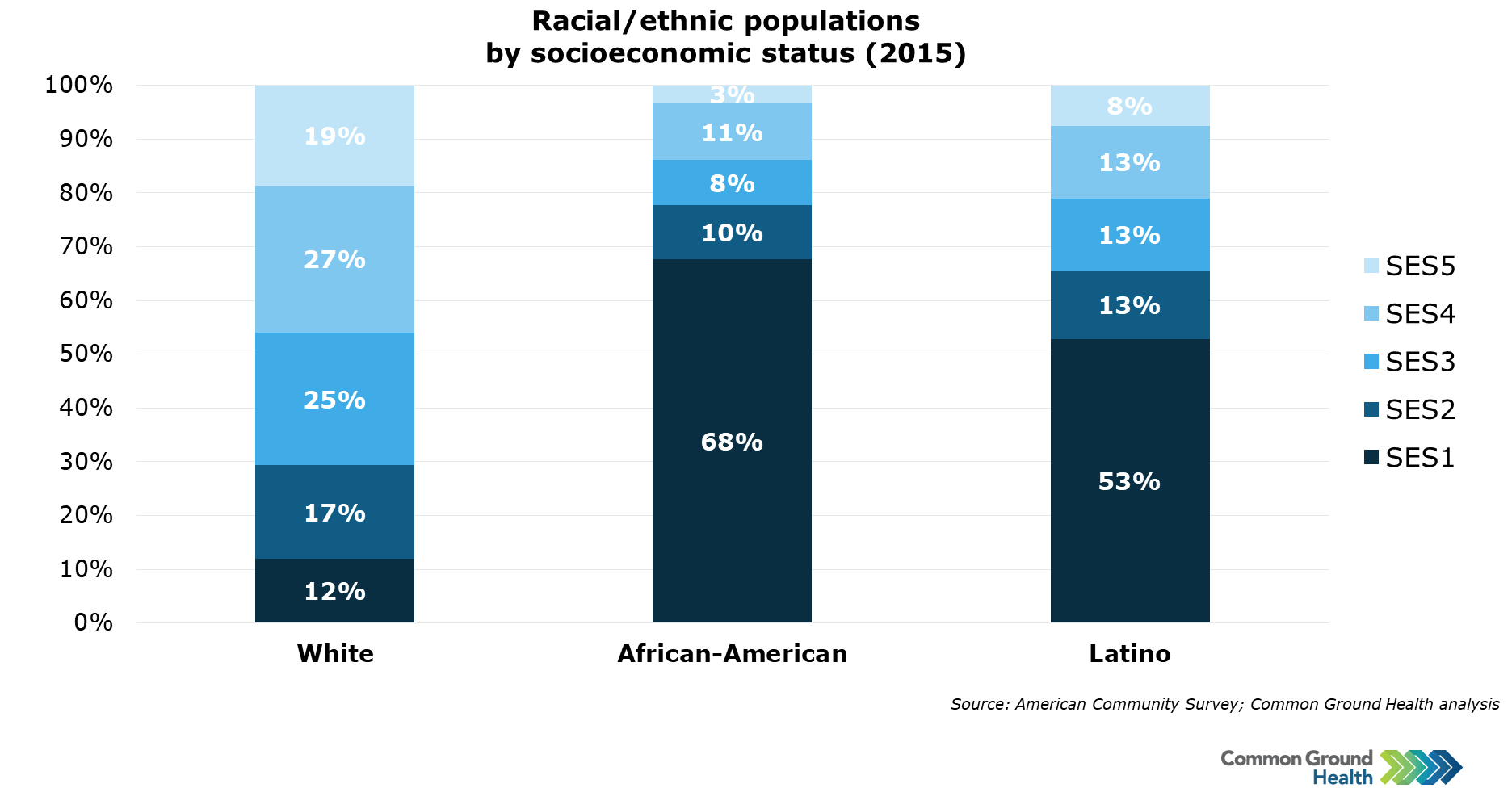 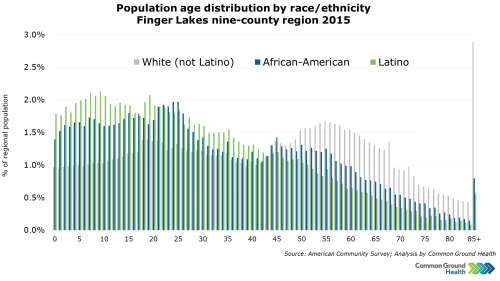 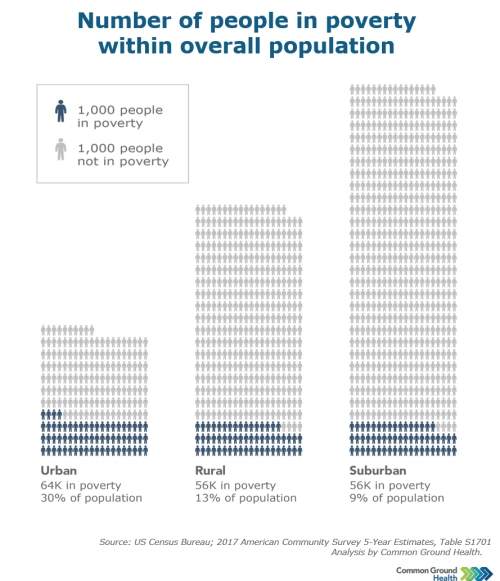 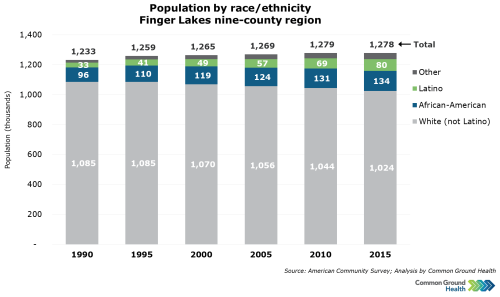