This chart highlights the strong disparity in lung cancer across the socioeconomic spectrum. For all three racial/ethnic groups, the YPLL rate is much higher among the SES 1 population compared to SES 4 and 5. Notably, the rates at each SES level are fairly similar for the white and black populations, and significantly lower for Latinos. This suggests that the overall disparity in lung cancer YPLL seen for African-Americans in the last set of bars is explained primarily by the population’s concentration in SES 1. 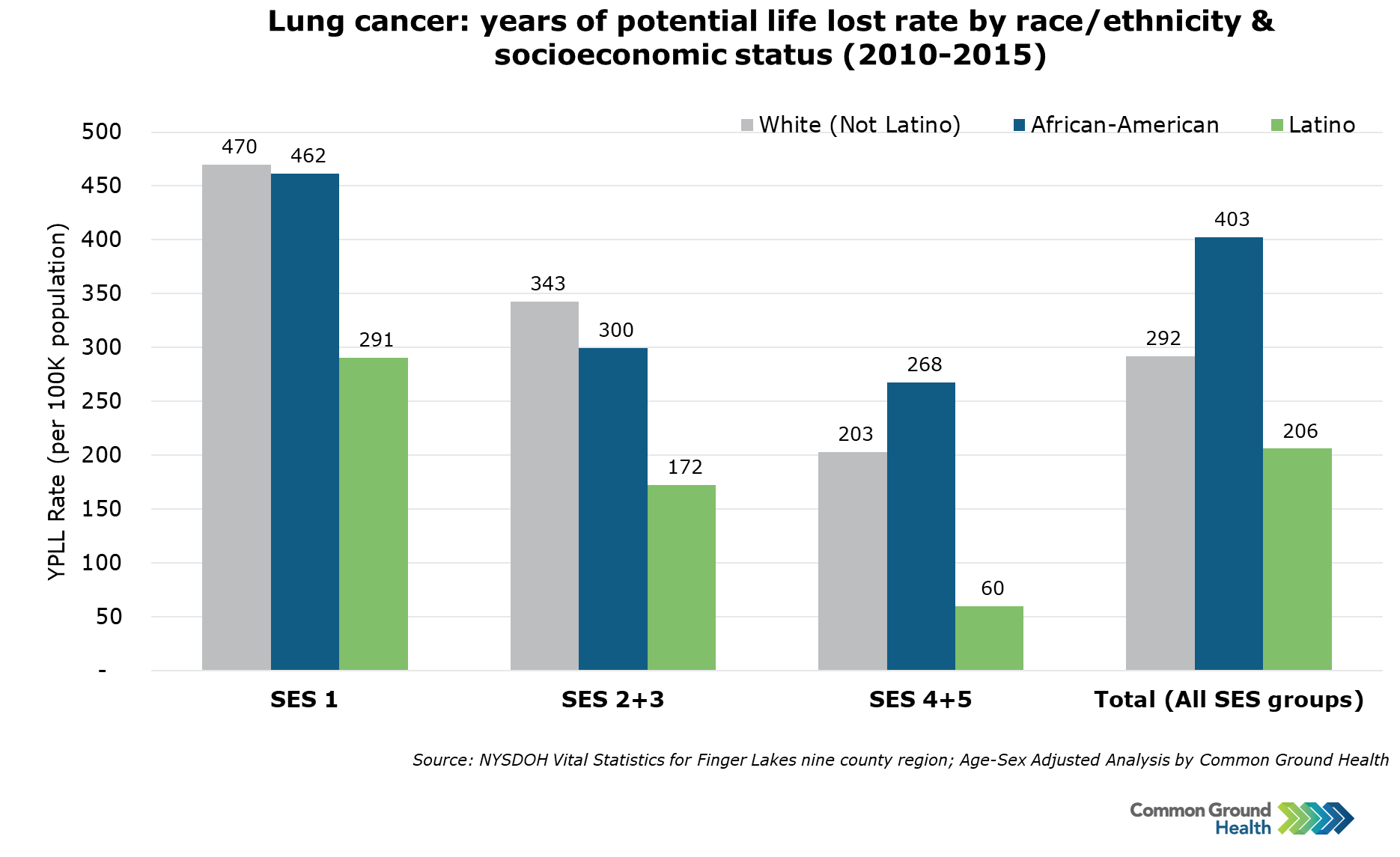 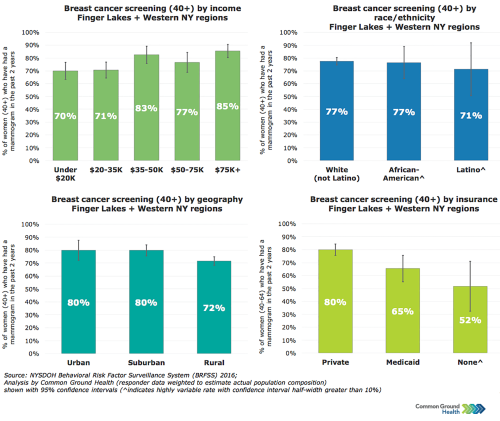 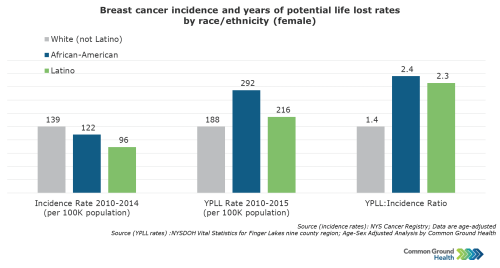 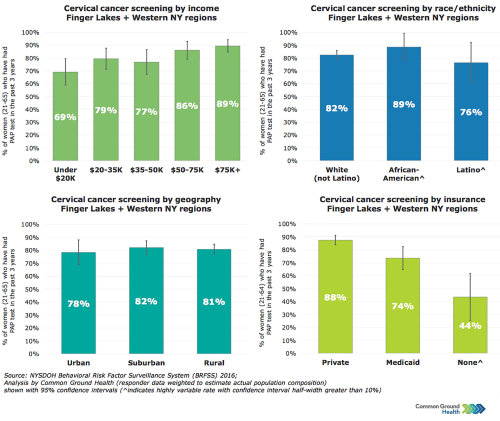