The data below document a clear socioeconomic disparity. The diabetes PQI rates are lower for the higher SES groups. The chart also shows that the racial/ethnic disparity is above and beyond any socioeconomic effect. At each SES level, the PQI rates for the black and Latino populations is higher than the white rates. This is particular true for African-Americans – their highest SES population experiences a higher PQI rate than the lowest white SES group. 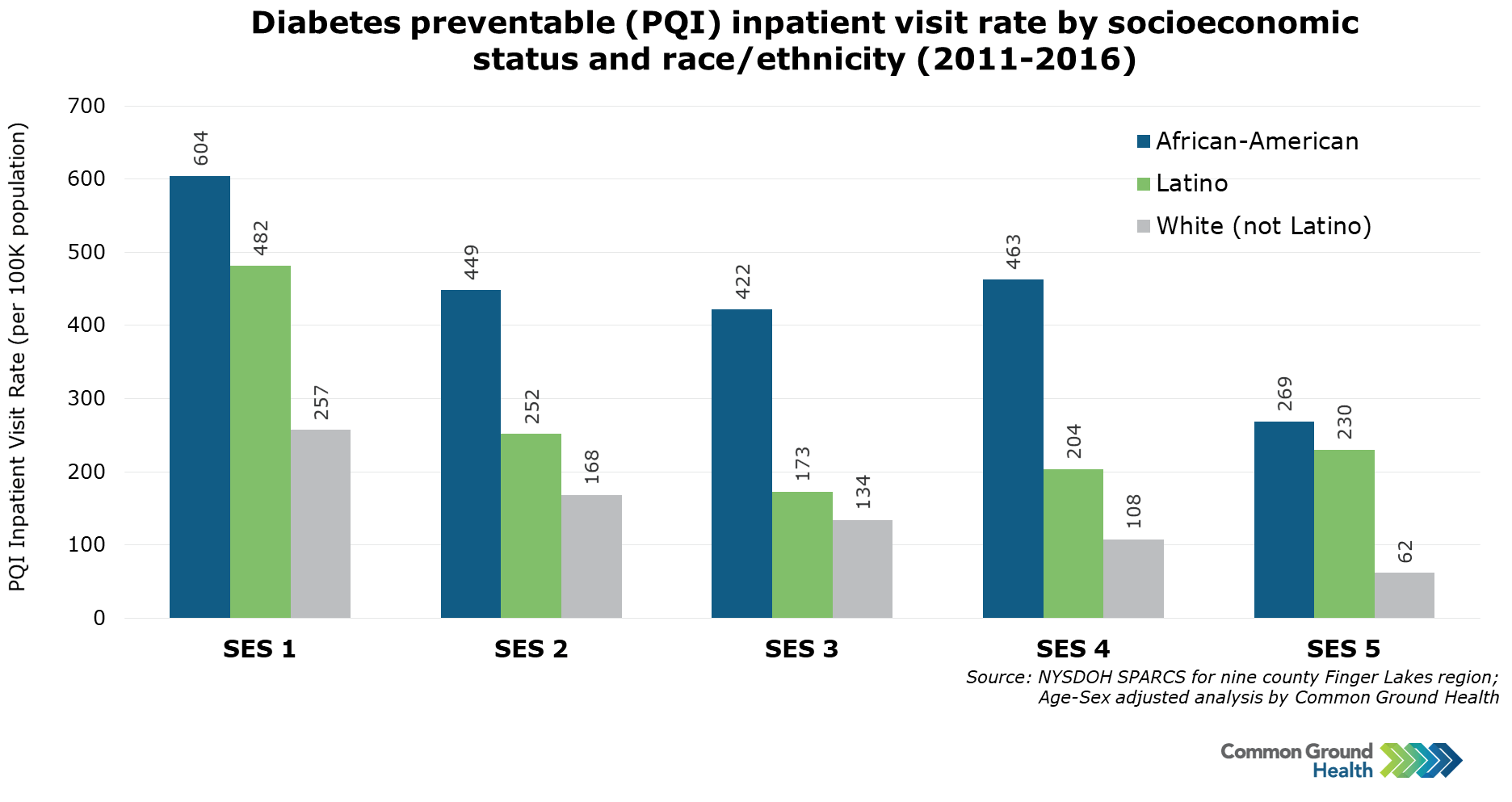 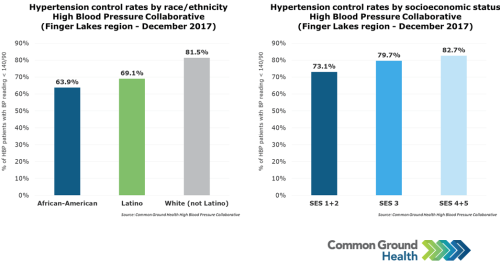 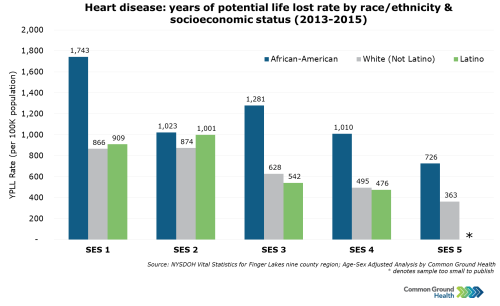 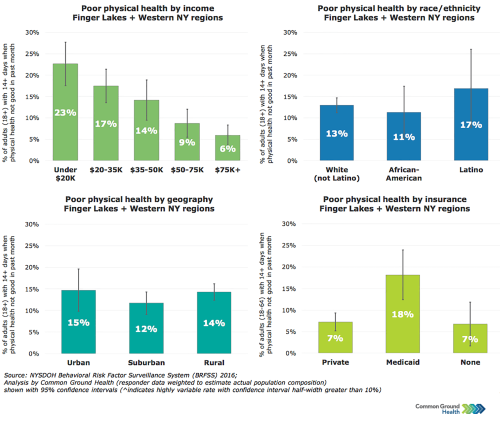