Where You Live Can Significantly Impact Your Health 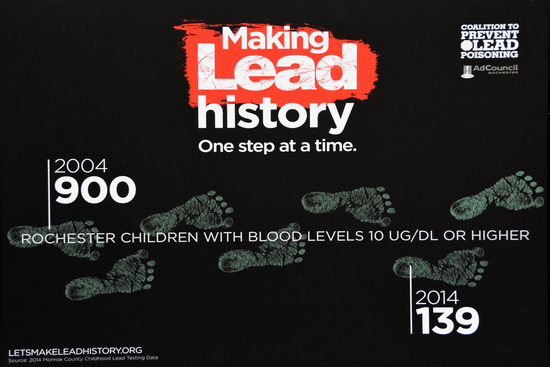 Our homes should be a safe place to live, and raise a family. But what happens when our own homes make us sick, or poison us?

For many in our region, and especially in the city of Rochester, that is exactly what is happening. Exposure to contaminants, substandard housing conditions, lack of access to affordable quality housing, and a lack of access to quality food are just a few of the factors that impact a person’s health.

In its What’s Goin’ On report, the African American Health Coalition revealed that where you live can significantly affect your health and health outcomes. It found that eight specific ZIP codes in Rochester are linked to higher incidence of chronic disease, shorter life expectancy and lower rates of good social, emotional and physical health.

The What’s Goin’ On report also showed that neighborhood factors such as high smoking rates, a lack of access to healthy food and exercise opportunities, and unhealthy housing can significantly reduce life expectancies. A child born today in Pittsford can be expected to live nine years longer than a child born in Rochester’s 14608 ZIP code. The average life expectancy in 14608 is 72.4 years of age. In Pittsford, it is 81.8 years of age.

For families in the neighborhoods near the former Kodak Park, where they live certainly has had an impact on their health.

It has been nearly 30 years since the news broke that area residents were being poisoned by Kodak.

In 1989, we learned how the company had been contaminating the nearby area, including School 41.

People in the area, and many Kodak employees, had been exposed − unknowingly − to cancer-causing chemicals for months. Among the toxic chemicals spilled were methylene chloride, which causes neurological problems, cancer, and tumors.

Another alarming example of contamination came to light more recently.

In October 2016, families in a Geneva, N.Y. neighborhood received letters from the state informing them that there were elevated levels of lead and arsenic in the soil from a 100-year old factory. Children living in the area have tested with higher levels of lead in their blood.

Lead poisoning in children can lead to serious, irreversible long-term effects, such as behavior problems, intellectual disabilities, growth delays, hearing problems and anemia. Area families were to be told about the presence of lead in 1987, but they were just made aware of it last year.

What can families do to protect themselves in their own homes?

In light of the lead issues in Geneva and Flint, Mich., we may not realize what is happening in our own backyards. The African American Health Coalition wants families to be aware of the hazards that are affecting homes right here in our own community.

The AAHC wants you to be vigilant about protecting your family from toxins, lead, and other air pollutants. Take the necessary steps today, to remain healthy in the future.

Amanda Gallipeau is a health law coordinator for Empire Justice Center. Empire Justice Center’s mission is to make the law work for all New Yorkers, especially those who need its protection the most. Her work focuses primarily on post-eligibility issues for those who are struggling to access health insurance, and she provides technical assistance and training to community-based organizations. She is a member of Partnership for Access to Healthcare (PATH), and a friend of the African American Health Coalition.

This post orginally appeared in the Minority Reporter and is reprinted online with permission.