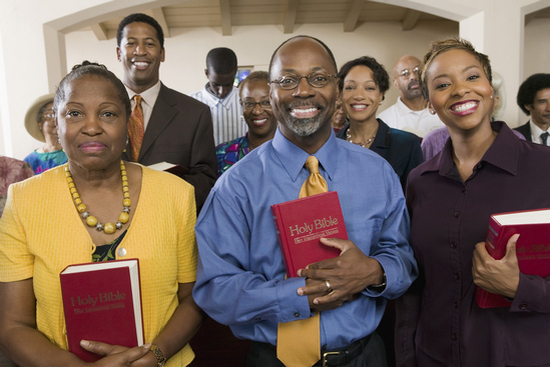 Submitted by Jackie Dozier and Melanie Funchess, on behalf of the African American Health Coalition (convened by Common Ground Health)

As some of God’s “foot soldiers,” members of the African American Health Coalition (AAHC) believe that health is a spiritual matter. Therefore, black churches should be at the forefront of everything that goes on in the black community, especially efforts to improve people’s health.

Churches and other faith-based organizations provide a platform where congregations come together to hear the Lord’s word through their faith leaders. Not only are clergy there to deliver God’s message, they also have the responsibility of identifying and talking to their congregations about the realities of health disparities in our community.

Clergy are shepherds and where shepherds lead, their flock will follow. When there is prayer in the pew, there will be power in the pulpit. Our clergy must use that power to lift up their congregations to overcome the issues that plague our neighborhoods. Like an old E.F. Hutton commercial, when clergy speak, people listen.

For years, various community members have struggled to understand why clergy are not more united around issues of social justice and health disparities. Some clergy have been outspoken about issues of police brutality, condoms in schools, and excessive crime and violence. Others are willing to take the time to have a dialogue and work together on solutions to some community problems. But, to those who are not, there is no better time than now to come together as a faith community to work toward improving our neighborhoods, and addressing health inequities.

The stakes are too high. People who live in eight ZIP codes in the city of Rochester − 14605, 14606, 14608, 14609, 14611, 14613, 14619 and 14621 − are our most vulnerable residents. African-American men, women and children who reside in these ZIP codes – approximately 63 percent of all African Americans living in the nine-county Finger Lakes region – experience worse health outcomes than people living anywhere else in the region. These areas have the largest concentrations of poverty, the highest crime rates and the least access to healthy foods. They also have the largest number of churches with an attentive audience on Sunday mornings.

We need a movement, and the AAHC believes that our clergy members can, and should be at the forefront of such a movement. They are leaders in our community, and we expect our leaders to step up and speak truth to power. The most vulnerable among us need, and deserve that much.

Members of the African-American Health Coalition ask the following questions:

These are questions that have been lingering for too long. The health of our neighborhoods and congregations depends on the actions of those who are in leadership positions. This must begin to happen in the black churches immediately. However, to make truly significant and positive change, all denominations need to come together as well.

Jackie Dozier, a lifelong community advocate, is a supervisor of the Women’s Prevention Program, Community Health Initiatives at Trillium Health. Ms. Dozier seeks to raise awareness among women of color and their families of the health issues that disproportionately impact African-American communities. In particular, Ms. Dozier has led community efforts focusing on awareness of HIV/AIDS/STI, and other health disparities in communities of color.

Melanie Funchess is director of community engagement at the Mental Health Association. A member of the African American Health Coalition, which is convened by Common Ground Health, she is an advocate for health care reform, and for addressing health care disparities for people of color.