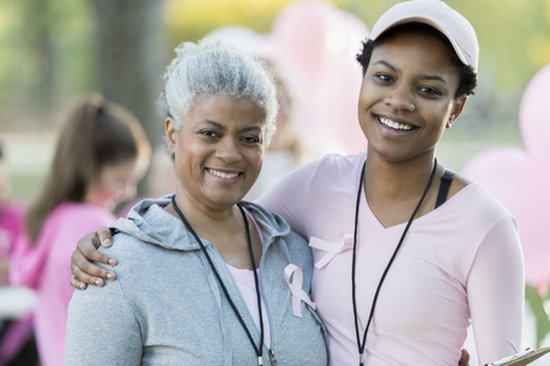 Breast Cancer is a devastating disease. It is the most common cancer found in women and the second leading cause of cancer-related death.

According to the American Cancer Society, nearly 250,000 women will be diagnosed with breast cancer this year, and approximately 40,450 women will die from the disease. However, this burden is not shared equally across racial groups. According to the latest studies, African American women are 42% more likely to die from the disease than white women.

This statistic has been troubling to many, and researchers have been working to identify the reason this disparity exists. While there is no one definitive answer to this issue, researchers have started paying close attention to a particular form of breast cancer known as triple negative. Triple Negative Breast Cancer (TNBC) is an aggressive form of breast cancer that tends to be more common in younger women, African Americans, and those with the BRCA 1 gene mutation. TNBC also has less treatment options and a poorer survival prognosis than other types of breast cancer.

Here in Rochester, the African American Health Coalition wants to raise awareness of this issue. For the sake of women’s health, especially African American women, breast cancer awareness must be an ongoing effort every day of the year.

The African American Health Coalition encourages women to get screened for breast cancer. Early detection can help save lives, as screenings can identify cancer in its earliest stages when it is most treatable. National guidelines recommend women start their annual mammography screenings between the ages of 40 and 50. However, even though these screening guidelines work for many women, they can come too late to identify more aggressive forms of breast cancer, like TNBC, which tend to affect women before the age of 40.

So, what else can women do?

Women must be diligent in paying attention to their bodies, and their health. Self-awareness is vital. It is important that women take the time to:

Breast cancer cannot be prevented, but there are a number of things women can do to reduce their risk. The African American Health Coalition urges women to take those steps.

Candice Lucas is associate executive director at St. Jospeh's Neighborhood Center and the chair of the African American Health Coalition.

The African American Health Coalition, convened by Common Ground Health, is composed of representatives from community-based organizations, health professionals and residents. It is focused on mobilizing the community to address health disparities, and improve the health status of African Americans residing in Monroe County, and the surrounding Finger Lakes region.

Article originally appeared in the Minority Reporter and is reprinted online with permission.