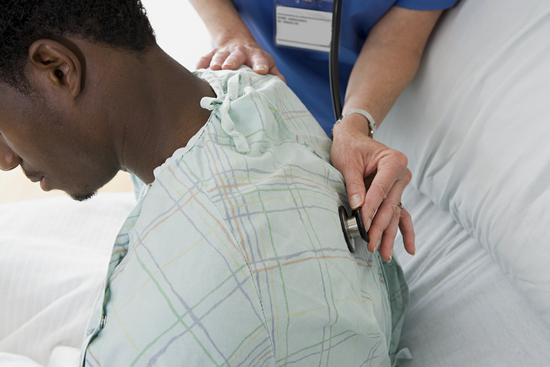 As our “What’s Goin’ On with Your Health?” columns have made clear over the last few months, African Americans suffer the most health disparities and inequities of any other racial or ethnic group in Monroe County. It has been well-documented that African Americans fare worse than their white counterparts across various health indicators such as cancer, diabetes, cardiovascular heart disease, hypertension, sexually transmitted diseases and obesity. An old adage says, “When white folks catch a cold, black folks get pneumonia.”

The question is why? Part of the answer can be explained by the legacy of slavery. Mental and physical remediation is necessary to heal the generations left behind in the aftermath of slavery. Awareness is needed to recognize the continuity of inequality, and the impacts of the pattern of systematic abuse to remedy these burdens.

To focus on the impact of systematic abuse in the medical arena of American history is only to peel back the top layers of the onion of racial disparities. However, doing so will illuminate the well-documented barriers to racial harmony: lack of trust on one end, and lack of understanding on the other.

The lack of trust and understanding is deeply rooted in our past and present. Horrifying accounts of public and private experimentation include, but are not limited to, electric shock, brain surgery, amputation and gynecological mutilations without sedation. These are just a few of the experiments routinely performed on slaves during the 1800s. Additionally, grave robbing was commonplace, as medical students used slave cadavers as props for anatomical lessons. This practice continued into the early 20th century. These disturbing realities helped shape medical practice and social structures today.

Consider also that hospitals did not desegregate until 1964. The treatment conditions were often unsanitary, and the medical resources were insufficient − falling far below the appropriate standards of care at the time. Working conditions in general were unsafe and unregulated, causing disastrous health outcomes. These circumstances resulted in compounding obstacles for African Americans to receive adequate care.

Woven into the fabric of African American identity was a love and tradition for food that was built from desperation. Food high in fat and sodium stacked additional cards against health outcomes. The lack of access to resources for nourishment, knowledge and safe working conditions was made even worse by medical mistreatment. Oppressed in education, resources, medical management and basic human rights, this population became the burden of the health care industry.

After generations of a low standard of living, the doctor-patient relationship was damaged. The blind eye to endless trauma broke down honest communication before it could even begin, making trust and preventative care unlikely in most circumstances.

Health care emphasizes racial prejudice because the root causes of illness touch every aspect of our lives, habits, and geographical and structural environments.

The African American Health Coalition believes that with awareness of − and action against − structural racism, our medical institutions can achieve integrity and justice, as well as develop a means for honest, impactful data-gathering and communication. In so doing, they will help achieve measurable improvement in overcoming health inequities, and make a difference in the quality of life for African Americans in our community.

Erica Clark is the clinical operations specialist at the Monroe Plan for Medical Care, and a member of the African American Health Coalition. Her individual mission is to influence her community by upholding and promoting culture, history, and dignity.