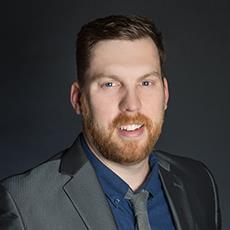 Benjamin Woelk convenes key stakeholders and decision-makers in the fields of transportation, land use and health.

Woelk has also served as a project manager in the local push to create “parklets” – tiny urban green spaces typically on extended sidewalks that aim to make streets more human-centered and accessible.

​In 2014, 585 Magazine named Woelk one of 17 “Visionaries Fueling the Region’s Future” in recognition of his efforts to create positive change in Rochester and in the region.